“Expo-logy” is a broad, interdisciplinary, and humanistic endeavour that is made possible by taking up expos as a research subject. Expos began in the mid-nineteenth century and continue today. They are the world’s largest official events. By researching in detail their various aspects—including the long, complicated processes that straddle them—the paths taken by humans in this world come into stark relief. Realizing just how important and fascinating this perspective can be, members of our research society have adopted it in their on-going joint research projects.

Our research group began in the fall of 2010 when six scholars—from Japan, China, South Korea, and Australia—went to Shanghai, where an expo was being held. They carried out interview research and got together to study and discuss their findings. Subsequently, the group continued its work while welcoming new members, and in 2020—ten years after its founding—we published an edited volume consisting of thirty-two articles and columns. Its English title is Expo-logy: Expos as a Method of Grasping the World (Bankokugaku: Bankoku hakurankai to iu, sekai o hāku suru hōhō; pub. Shibunkaku Shuppan). In this way, we’ve come to express and develop our shared angle of research using the term “expo-logy.”
With the publication of this volume, we have also revised the long-standing name of our group, the “'Expos and Human History' Research Team,” to the “Society for Expo-logy.”

Expos can serve as material for research in all kinds of fields, and scholars are engaged in research on them in countries around the world. Particularly in Japan, there is a large body of research on the subject, which had its beginnings in the comprehensive expo research launched by Yoshida Mitsukuni’s team at Kyoto University’s Institute for Research in Humanities. This happened against the backdrop of Expo 1970 Osaka.
While learning and drawing from such existing research, we have emphasized the following four points as we strive to make our new expo research meaningful in the twenty-first century.

We invite a number of observers to participate with members in study meetings that are normally held once every 2–3 months so that they can all take part in a friendly, active, and stimulating mutual exchange of ideas.
As we continued these activities, in the autumn of 2018, it was decided that Japan would host Expo 2025 Osaka Kansai. This is creating a rare historical opportunity for those engaging in expo research in the country—now an expo hotspot, so to speak. We hope that this momentum will elicit even wider interest in expos and our “expo-logy.” At the same time, even in the midst of the excitement in this upcoming period, we will continue to be a source of in-depth, meaningful discussions on the topic. 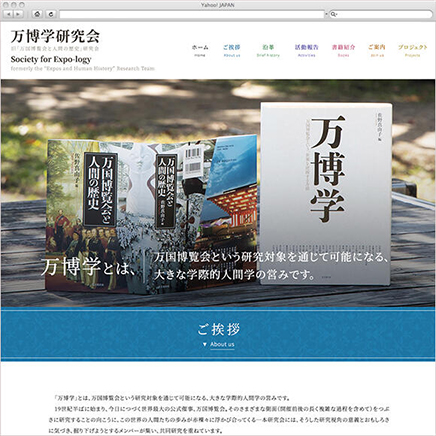